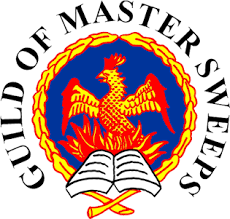 If you live in Derby and have an open fire, you’ve probably thought to yourself: “Do I really need to hire a chimney sweep?”
What many people fail to realise though, is that there is more than just one danger associated with an un-swept chimney, and by failing to regularly enlist the services of a professional Derby chimney sweep, you’re risking far more than just soot on your carpet.
Why a clean chimney is so important
So what could a dirty chimney cause other than a messy house? Here are the top dangers of leaving your chimney un-swept – and the top reasons you should hire a Derby chimney sweep to keep things safe.

But of course, aside from the safety aspects of maintaining a clean chimney, let’s not forget: Residents in Derby are house proud and like to keep things presentable for guests (well, most do!) – so if you want a chimney that isn’t only safe, but that gives your home the attractive, clean and welcoming roar of the open fire… then don’t consider delaying a visit from your local Derby chimney sweep.